The latest models connect directly to a home’s Wi-Fi networks, letting residents view live and recorded video from their smartphones. Furthermore, security cameras provide much more than a video feed. Many security cameras include the ability to distinguish between animals, people, and cars and sound alarms to ward off undesirable visitors and allow the user to converse with visitors via built-in speakers. This guide will look at the best models available of security cameras available. 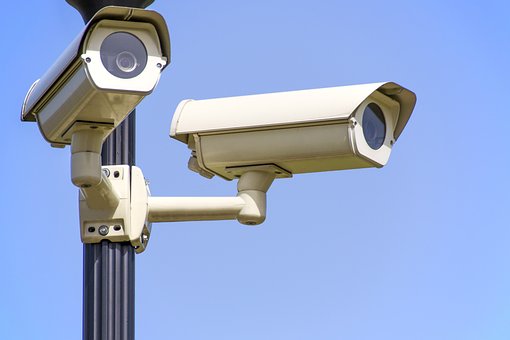 The Arlo 4 has excellent resolution, a plethora of useful extra capabilities, and a connection that doesn’t necessitate the use of an expensive hub.

The Arlo Pro 4 is the greatest home security camera you can mount to your home because of its excellent picture quality, extended battery life, and ease of installation. The Arlo Pro 4 is the most recent addition to Arlo’s Pro camera series. While it has a similar appearance to the Pro 3, it differs in price and connection.

Like other home security cameras, Arlo charges a monthly subscription fee to access recorded video. The service costs $2.99 per month and includes advanced features such as package and item detection and smart notifications. For $9.99 per month, you may upgrade your subscription to cover up to five cameras. The Arlo app gives you access to all video footage, including live and recorded video, as well as the ability to communicate with guests via the microphone and speaker, as well as activate the built-in siren.

The Arlo doorbell camera is the best doorbell camera we researched with a 180-degree field of vision for package detection. It’s also one of the most economical models we found.

Another doorbell camera, like other Arlo security cameras, connects to Wi-Fi, allowing users to access the doorbell’s live and recorded video feed, as well as its capabilities, via an app, without the need for a hub. The app also guides you through installation and configuration with step-by-step instructions and graphics, making installing and configuring this doorbell camera a breeze. A motion-activated function and Arlo Foresight, which records video shortly before someone rings the doorbell, provide you a fuller image of what’s happening outside your door, are two other handy capabilities.

The Arlo is a terrific doorbell camera alternative at a very affordable price, with a good set of useful features, customizable motion detection, and a broad field of vision.

This inside camera has a broad enough field of vision for indoor use, as well as a clean picture and exceptional night vision.

The camera has a 1080p video quality and eight infrared LEDs that provide outstanding night vision. Two-way audio allows you to interact, a useful tool for people who wish to keep in touch with them while at work. For $6 a month, you can add the Nest Aware subscription, which adds features like facial recognition and noise detection for smoke alarms or shattering glass. The Nest is not without flaws: For starters, it only saves video for three hours, so you won’t be able to watch an alert that’s been four hours.

The Nest has a sleek black form that blends in well with the rest of the room’s décor and doesn’t continually remind people that they’re being recorded. The camera may be placed on a shelf or wall-mounted. It does, however, require a wall outlet for electricity, which restricts its placement options.

Are you ready to welcome 2022 with the best home security gadget out there? Let us know in the comments in which of these gadgets are going to invest next year…