Home Automation and Connected Alarm: How Does It Work?

– Connected alarm: how does it work?

– Price of a connected alarm

The connected alarm is a security system triggered in case of intrusion and can be controlled from your phone. If you have a home automation system, other features are possible.

Connected alarm: how does it work? 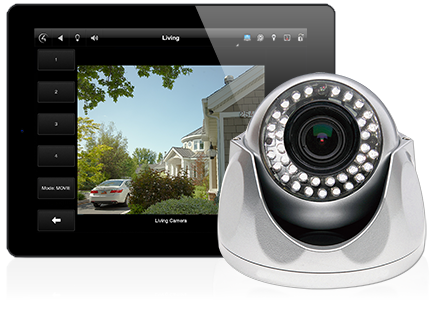 It is a device composed of several elements that will signal that someone or something is in a place where its presence is a problem. It is built around five elements:

A priori, all connected objects, i.e. communicating through the same network, can be used in an alarm system. When the alarm goes off, because of an intruder but also, if it is set up for, when you arrive, it is possible to instantly turn on the interior and exterior lights or the office computer. You can generate a schedule to turn the lights on and off during an alarm to simulate a presence. You can also trigger sounds such as barking, talking, sirens.

Automated shutters can go down and up. The connected intercom or an external camera can take videos while the alarm is triggered.

From a security point of view, you can also have sensors that will detect a gas or water leak in the bathroom or kitchen or the presence of smoke. A solenoid valve can be activated to isolate the affected part of the circuit.

It will help if you start by assessing your needs and then select the right system. But be aware that an excellent connected alarm must be modular. That is to say; it will allow you to add different sensors according to the evolution of your lifestyle and your home.

The sensors should be fixed (walls, doors, windows, etc.) or mobile. Some systems include matchbox-sized sensors that can easily be inserted inside a vase or behind a television. The warning is triggered as soon as the alarm is triggered and the object is moved.

It must be able to connect to a panic button. It is handy especially for the elderly; it is an accessory that can trigger a call simply by pressing it. Existing in the form of a bracelet, pendant, belt, and keychain, this button secures all the people who fear having an accident or a malaise when alone.

The sensors and the hub must have a battery backup in case of power failure. On the other hand, in case of Internet cut, the hub must either be itself a box communicating directly with the cell phone, without using the Wi-Fi router, or a connection calling a wired telephone in case of triggering. Finally, the smartphone application must be intuitive and functional.

Warning: PSTN (Public Switched Telephone Network) alarms often do not have these features. I prefer a GSM alarm that can send a message directly, even in power or Internet failure.

Many kits exist; it is essential to follow the instructions accompanying the product. Different types of sensors are marketed, and some do not even require making holes for screws.

In most cases, install the central unit in an easily accessible place, not too far from the entrance. While there is, of course, a timer that allows you to turn the alarm off when you arrive home, you don’t want to have to go through a complicated process to get to it either.

Also, remember that you can control all functions with your cell phone, as long as your cell phone can stay on. If the battery is discharged, you still need to operate and control the alarm easily from the control panel. Motion detectors should be installed intelligently in high-traffic areas.

Tip: avoid low-end detectors that may have an unfortunate tendency to have a non-adjustable sensitivity and trigger the siren every time your cat moves.

Price of a connected alarm

Expect to pay around $100 for a basic PSTN kit, $200 for a GSM kit, $300 for a GSM with infrared detectors, and up to $2,000 for a complete high-end home alarm system. These prices are for do-it-yourself equipment.

If you want to have it installed by a professional, ask for at least three different quotes. The price will depend on the material, the number and quality of the sensors, the number of points to be monitored.